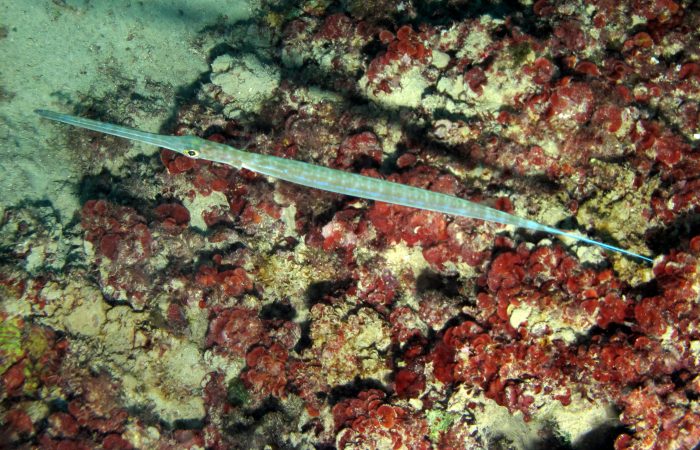 Fistularia commersonii, the Bluespotted Cornetfish, also known as Smooth Cornetfish or Smooth Flutemouth, is a marine fish which belongs to the family Fistulariidae.  This very long and slender reef-dweller belongs to the same order as the pipefishes and seahorses.  The specific name honours the French botanist Philibert Commerson (1727-1773).

The Bluespotted Cornetfish is widespread in the tropical and subtropical waters of the Indo-Pacific as far north as Japan and east to the coasts of the Americas, including the Red Sea.  In 2000, its presence was reported in the Mediterranean Sea; since then, it has continued to disperse and is now well established in some areas.  This species is considered as part of the Lessepsian migration.

It has spread rapidly through the Mediterranean from its origin in the Suez Canal, the first records being off Israel in 2000 and it had reached the Maltese Islands by 2003.  Scientists have determined that the Fistularia commersonii in the Mediterranean are all descended from a small number of ancestors, possibly as a result of a single invasion event, and are not as genetically variable as their conspecifics in the Red Sea.

The Bluespotted Cornetfish grows to a length of 1.6 metres, but the average is around 1 metre.  It is notable for its unusually long, slender body shape.  It has a tubular snout, large eyes and a long tail filament lined with sensory pores which may help with detecting prey.  Its body is green-grey to brown with two thin blue stripes or lines of dots on the back and lighter on the front.  Its body pattern changes to a broad banded pattern at night.

Fistularia commersonii is usually a solitary predator, stalking and feeding on small fishes, crustaceans, and squid.  Sometimes, they feed in small groups along the bottom on small, bottom-dwelling fish which their long snouts are very efficient at sucking up.  Reproduction is oviparous.  The large eggs hatch and develop outside of the body.  Larvae hatch at 6 to 7 millimetres.

The photo of this Bluespotted Cornetfish was taken at a depth of 10m at Mġarr Ix-Xini on Gozo’s south coast. 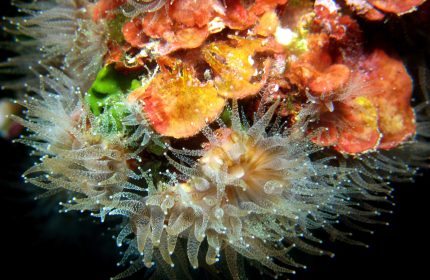 Phyllangia americana mouchezii, the Mediterranean Stony Corals (a.k.a. the Hidden Cup Corals or the Dark Colonial Coral), are an azooxanthellate... 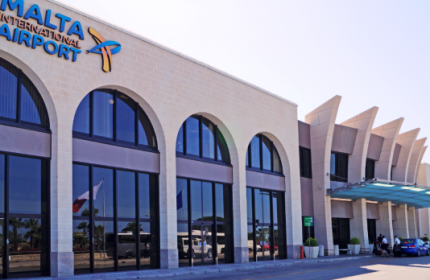 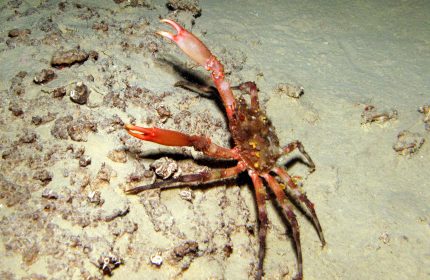