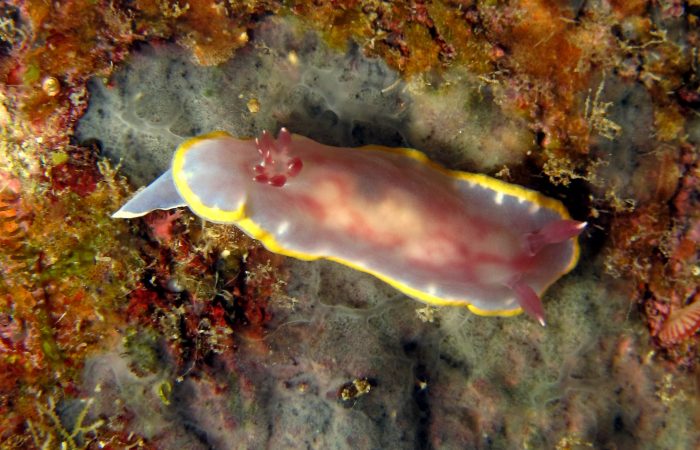 Felimida purpurea is a chromodorid nudibranch with a plain white to pale purple mantle edged with a line of orange-yellow. Inside the yellow margin are conspicuous white mantle glands embedded in the tissue. The rhinophores and gills are purple-pink with white tips. The body length varies between 35 mm and 50 mm.

This species was transferred from the genus Chromodoris to the genus Felimida in a revision of the family Chromodorididae using DNA characters which showed that the Atlantic species of Chromodoris formed a distinct clade.

This photo was taken at a depth of 32m at Reqqa Point on Gozo’s north coast.