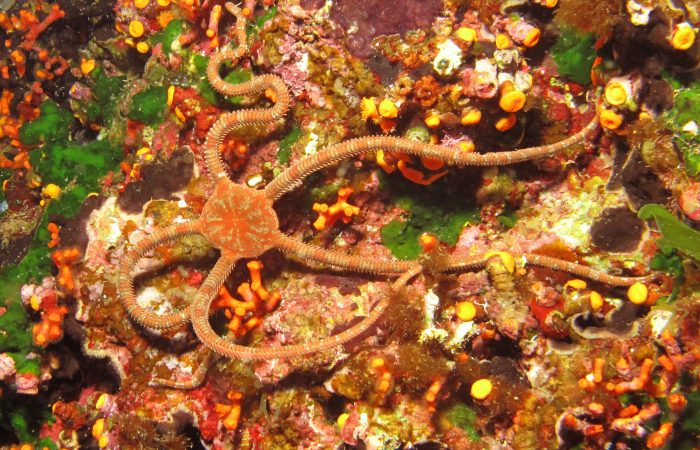 Brittle Stars or ophiuroids crawl across the sea floor using their flexible arms for locomotion.  The ophiuroids generally have five long, slender, whip-like arms which may reach up to 60 cm in length on the largest specimens.  They are also known as serpent stars; the New Latin class name Ophiuroidea is derived from the Ancient Greek ὄφις, meaning “serpent”. 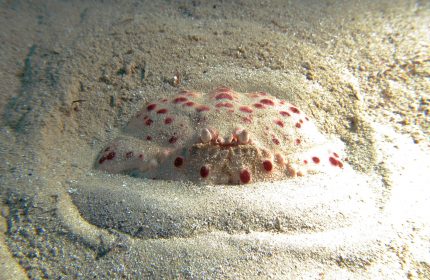 Calappa granulata, the Larger Spotted Shamefaced Boxer Crab (a.k.a. the Red-spotted Shamecrab), is a marine crab species found all along... 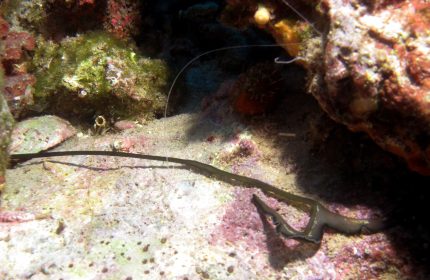 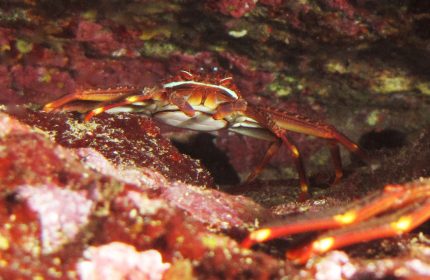