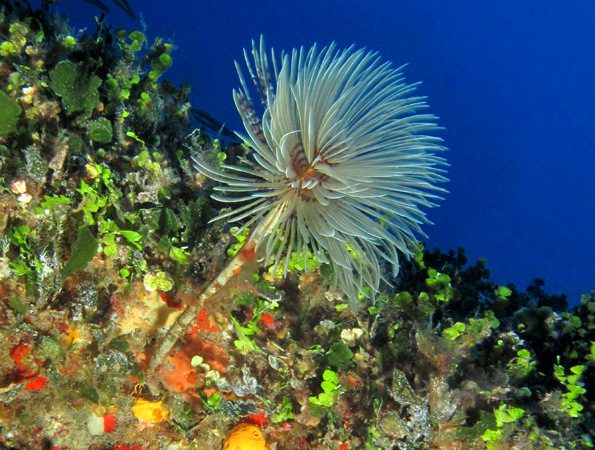 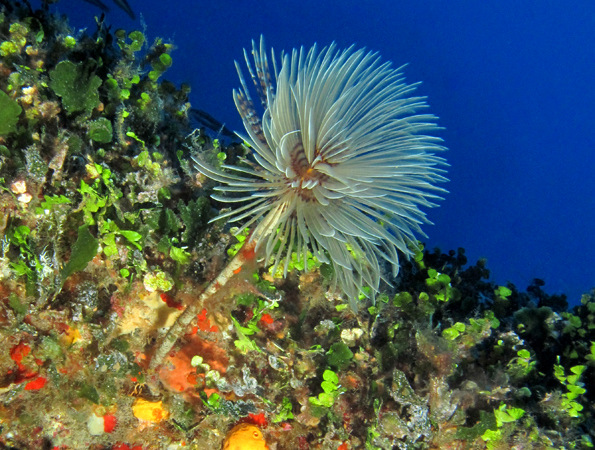 The genus Sabella belongs to the family Sabellidae, suborder Sabellida, the order Canalipalpata, class Polychaeta, phylum Annelida and kingdom Animalia. It is native to shallow waters in the north-eastern Atlantic Ocean and the Mediterranean Sea and is found in nutrient-rich waters in sheltered locations where there are no strong currents and little wave action. It grows on soft sediments or anchors itself to rocks, mollusc shells, jetties, pontoons or other solid surfaces.

Sabella spallanzanii grows to a total length of 9 to 40cm and is usually larger in deep water. They have stiff sandy tubes formed from hardened mucus secreted by the worm which protrude from the sand, and a two-layered crown of feeding tentacles which can be retracted into the tube. One of the layers forms a distinct spiral. The colour of the tentacles is variable but they are usually banded in orange, purple and white or they may be a uniform pale grey. Various epiphytic organisms settle and grow on the tubes which may be rather wrinkled near their bases.

The Mediterranean Fan Worm is a filter feeder and feeds on bacteria, zooplankton, phytoplankton and suspended particles of organic matter. Individual worms are either male or female and liberate gametes into the sea. A large female can produce upwards of 50,000 eggs during the breeding season. The larvae are planktonic and settle to the seabed after about two weeks, metamorphosis taking place some ten days later.