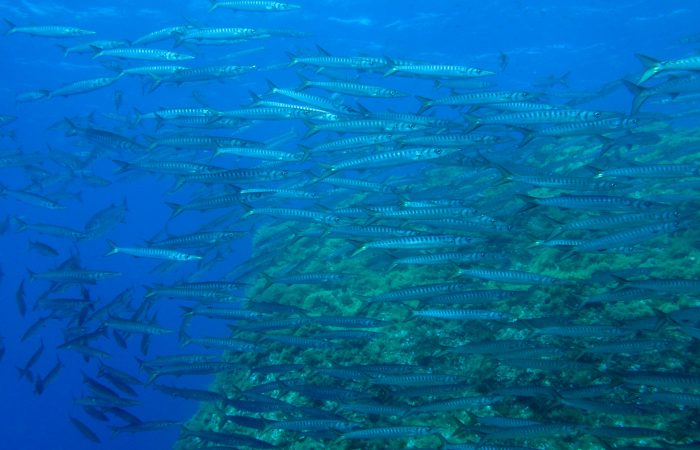 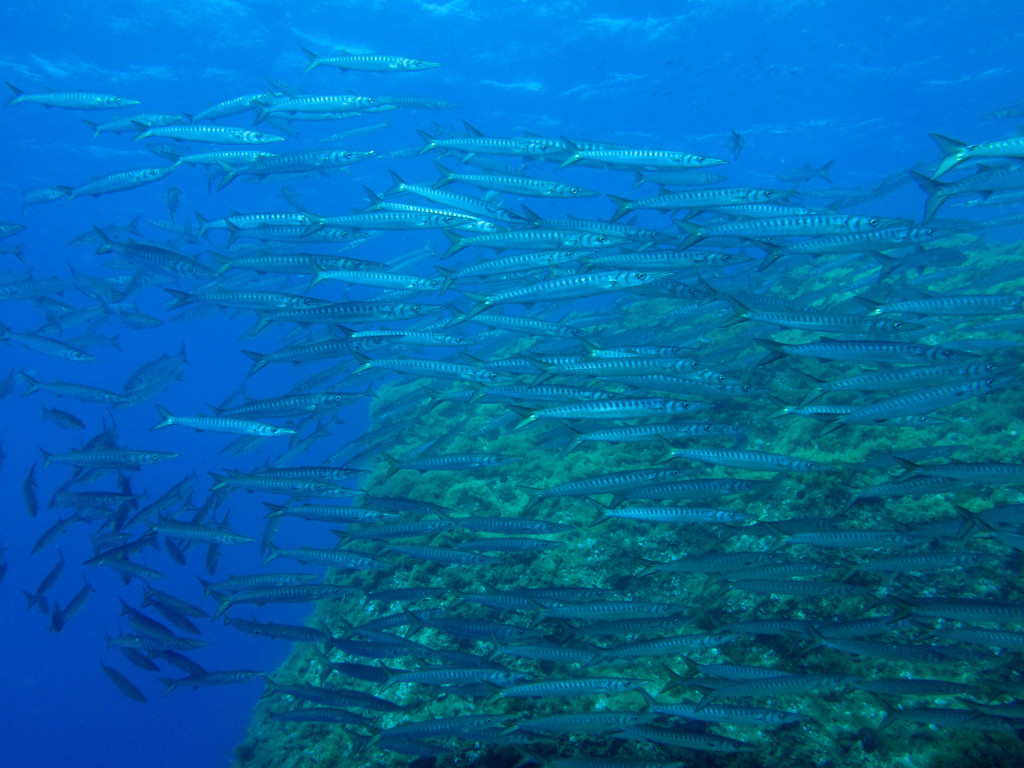 Sphyraena sphyraena, the European barracuda, is a ray-finned predatory fish of the Mediterranean basin and the warmer waters of the Atlantic Ocean.

Sphyraena sphyraena has a long, fairly compressed body which is covered with small, smooth scales.  It has a large mouth with a projecting lower jaw.  The jaws are lined with prominent sharp teeth.  It is dark above and silvery below with a yellow band running parallel to the lateral line. They are normally around 30 to 60 cm in length and weigh 6 kg but there are records of fish 165 cm long and reaching weights of 12 kg or more.

The barracuda gill covers have no spines and are covered with small scales.  Their two dorsal fins are widely separated, with the anterior fin having five spines, and the posterior fin having one spine and 9 soft rays.  The posterior dorsal fin is similar in size to the anal fin and is situated above it.  The lateral line is prominent and extends straight from head to tail.  The spinous dorsal fin is placed above the pelvic fins and is normally retracted in a groove.  The caudal fin is moderately forked with its posterior edged double-curved and is set at the end of a stout peduncle.  The pectoral fins are placed low on the sides.  Its swim bladder is large.

The photo of this shoal of barracuda was taken at a depth of 8 m near Crocodile Rock, a natural offshore reef at Dwejra, not far from the famous Azure Window, on Gozo’s west coast.