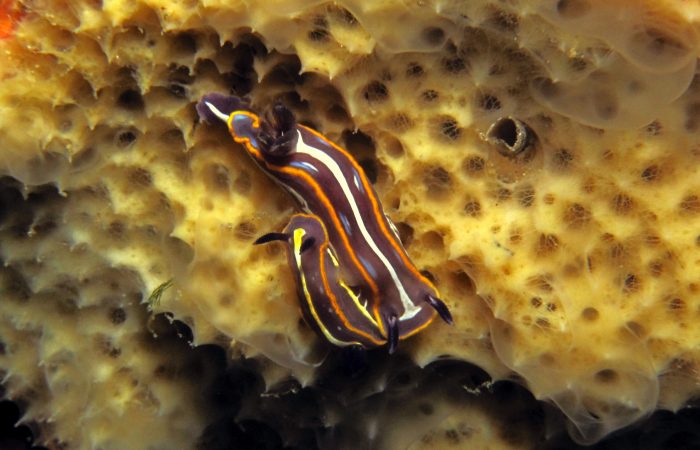 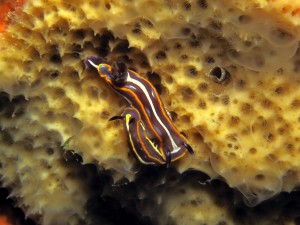 This nudibranch is found from the Western Mediterranean to the Eastern Atlantic Ocean.

Hypselodoris tricolor has a blue body with white-to-orange longitudinal lines running along the body. There is also a single central white-orange line on the upper dorsum. The gills and rhinophores are black. There is some variation in colour between individuals.

This species can reach a total length of at least 25 mm and has been observed feeding on sponges from the genus Dysidea.