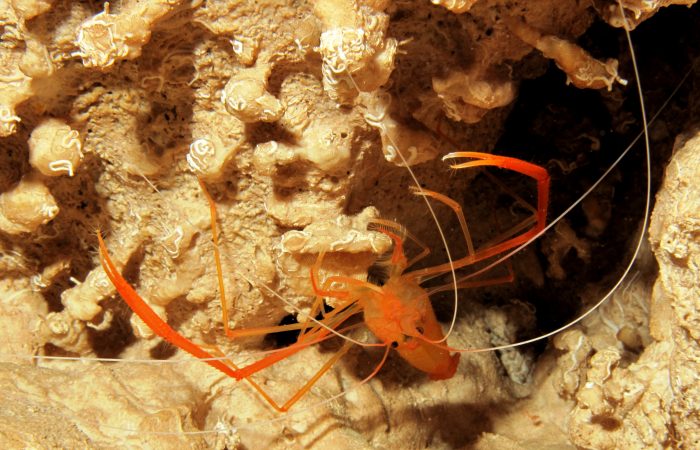 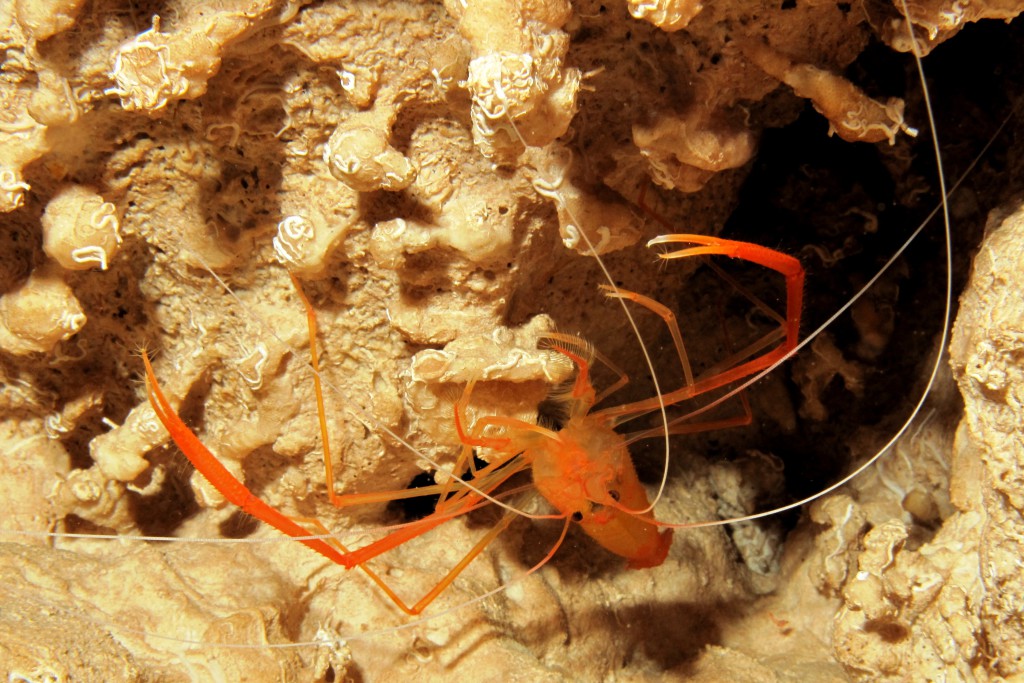 Stenopus spinosus can grow up to 8 centimetres long, with a striking coloration and body covered with numerous spines.  The Golden Coral Shrimp’s antennae are much longer than its entire body.  The body colour is a deep yellow-orange, with slightly darker spines, its extremities tending to dark orange, with white antennae and red-brownish eyes.  The tips of the chelae (claws) are often white in colour.  Its uropods and telson have red tips.

The Golden Coral Shrimp is commonly found in shallow waters in the Mediterranean Sea, and at greater depths in adjacent parts of the Atlantic Ocean.  It is frequently encountered inside caves, caverns and on night dives.

Stenopus spinosus spends the day hidden in niches and crevices among rocks or coral, leaving these shelters only at night in search for food.

The Golden Coral Shrimp’s movements are slow, almost majestic.  Even in the presence of hazards, you will never see it moving fast.  Species relatives to Stenopus spinosus live mainly in tropical seas, where they are often active scavengers or cleaners of fish.

This photo was taken at a depth of 29m inside Shrimps’ Cave, near Reqqa Point on Gozo’s north coast.