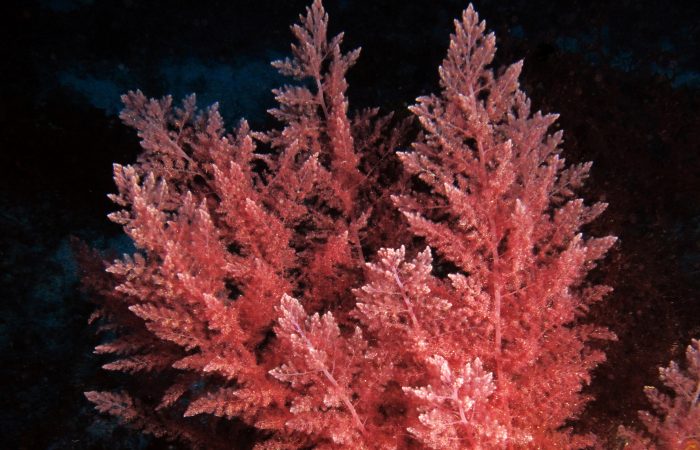 A major research initiative to reconstruct the Red Algal Tree of Life (RedToL) using phylogenetic and genomic approaches is funded by the National Science Foundation as part of the Assembling the Tree of Life Program.  In 2005, the red algae were classified in the Archaeplastida, along with the glaucophytes and green algae plus land plants (Viridiplantae or Chloroplastida).  The authors use a hierarchical arrangement where the clade names do not signify rank; the class name Rhodophyceae is used for the red algae.  No subdivisions are given; the authors say, « Traditional subgroups are artificial constructs, and no longer valid. »

Their habitat is normally intertidal to shallow subtidal; in areas of constant water motion.  Red Algae lack motile sperm.  Hence, they rely on water currents to transport their gametes to the female organs, even though their sperm are capable of « gliding » to a carpogonium‘s trichogyne.  Moreover, the reproductive cycle of red algae may be triggered by factors such as day length.