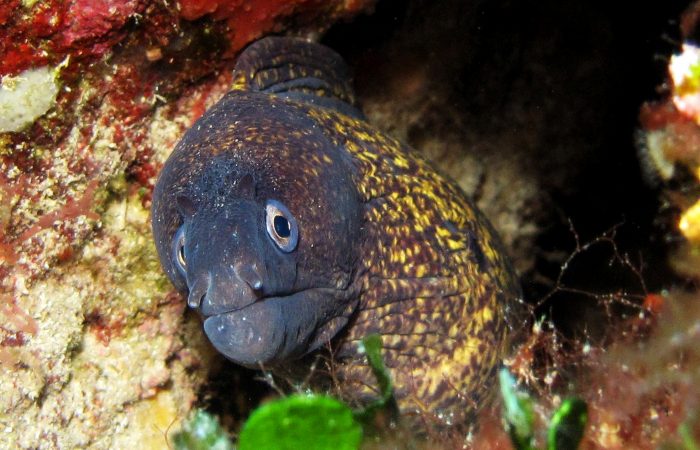 Muraena helena prefers rocky bottoms and lives at depths ranging from 5 to 80 metres.  It is a solitary, nocturnal and territorial species.  The Mediterranean Moray spends most of the day in cavities and clefts between rocks and is more active at night.  It hunts fish, crayfish and cephalopods, but also feeds on dead animals.

The Mediterranean Moray‘s reproduction is not well known.  They spawn about 60,000 eggs into open water, from which planktonic transparent leptocephali hatch.

One parasitic crustacean, the trematode Folliculovarium mediterraneum and the flatworm Lecithochirium grandiporum are parasites commonly found on the Mediterranean Moray.

The photo of this Mediterranean Moray was taken at a depth of 15m at Reqqa Point on Gozo’s north coast.