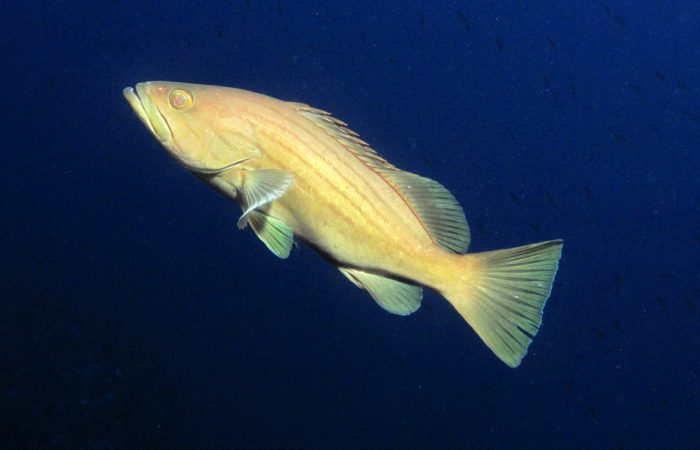 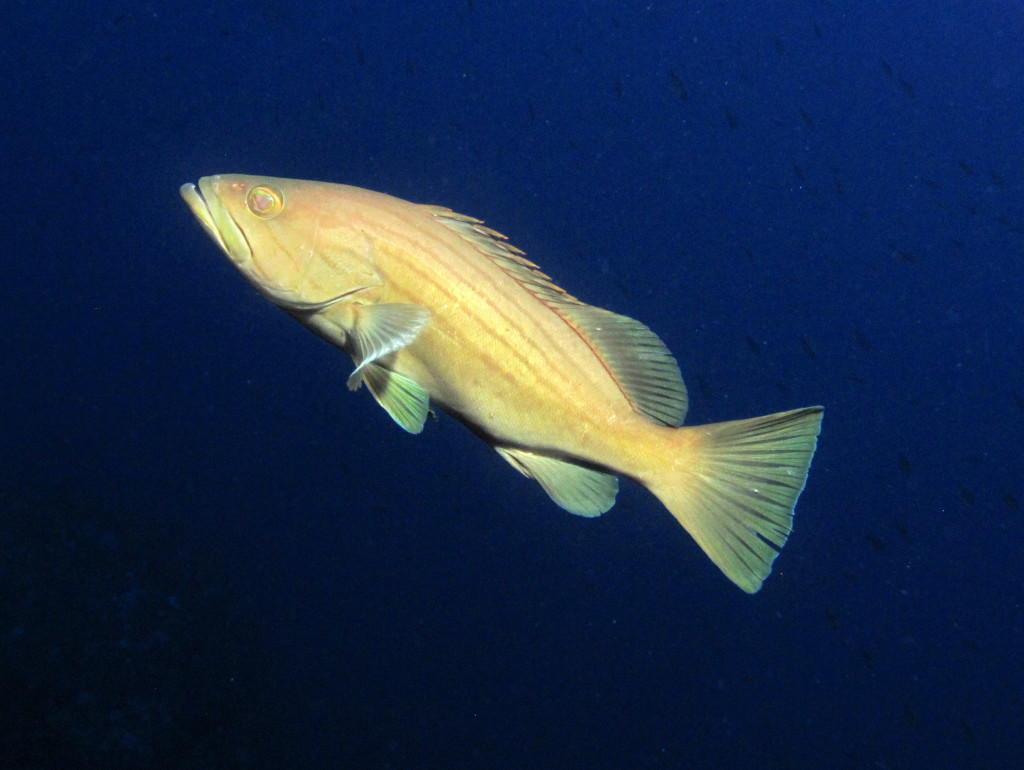 Epinephelus costae, the Golden Grouper, is found throughout the Mediterranean basin and the warmer waters of the Atlantic Ocean.

The Golden Grouper is a demersal species generally found on sandy, muddy or rocky bottoms at depths varying from 4 metres to 160 metres.  It migrates annually to the same site and juveniles tend to form small groups.  Its head and body are brownish with darker coloured fins.  It is also characterised by two dark lines on the head, one from the lower edge of the eye to the ventral rear edge of the interopercle, and the 2nd line from the dark maxillary streak to the lower edge of the preopercle.  Adults are brown or greyish brown with a distinct yellow blotch on body below the spinous dorsal fin.

Epinephelus costae grows to a maximum length of 140 cm.  Although the main food for the Golden Grouper is other fish, it also feeds on crustaceans and mollusca.  A study on the total fecundity for a female of 47 cm standard length was estimated to be 879,000 eggs.

The photo of this Golden Grouper was taken at a depth of 20 m outside of the Inland Sea, a natural feature at Dwejra, not far from the famous Azure Window, on Gozo’s west coast.